The funeral of Baroness Philippine de Rothschild took place at Château Mouton Rothschild on Monday, 1 September.
The funeral service was taken by Fr Bruno Delmas, the parish priest of Pauillac, with Fr Antoine de Romanet. Philippine de Rothschild was surrounded by her husband, Jean-Pierre de Beaumarchais, her three children, Camille Ögren, Philippe Sereys de Rothschild and Julien de Beaumarchais, her ten grandchildren and Jacques Sereys.
The service began at 3.00pm with the arrival of the funeral procession, behind which the gates were closed.
Present among the mourners were Alain Juppé, mayor of Bordeaux, Bernadette Chirac, a faithful friend of the deceased, and several members of the famous family, including her cousins, Barons David, Eric and Benjamin de Rothschild, and Lord Jacob Rothschild, head of the English branch.
Eminent representatives of the Bordeaux wine world included Mrs Corinne Mentzolopoulos, Mrs François Pinault, Prince Robert de Luxembourg, Pierre Lurton, Philippe Castéja and Jean-François Moueix.
Prominent figures from the political, cultural and business spheres who made the journey to Pauillac included former Culture Ministers Renaud Donnedieu de Vabres and Frédéric Mitterrand, as well as many of Philippine de Rothschild’s friends from Paris, such as Catherine Pégard, Muriel Mayette, Pierre Bergé, Robert Carsen and Bruno Roger.
The music for the service was performed by her friend William Christie and members of his ensemble, Les Arts Florissants, and by the soprano Elaine Alvarez, who sang an aria from Mozart’s Marriage of Figaro.

After the service Philippine was buried next to her father, Baron Philippe.

Philippine de Rothschild chaired the Supervisory Board of Baron Philippe de Rothschild SA. After a notable stage career, not least at the Comédie Française, she became a leading figure in the wine world.
With her energy, charisma and radiant personality, she considerably expanded the family company, both in France and elsewhere, and maintained the family’s estates at the highest level, the illustrious Château Mouton Rothschild foremost among them. 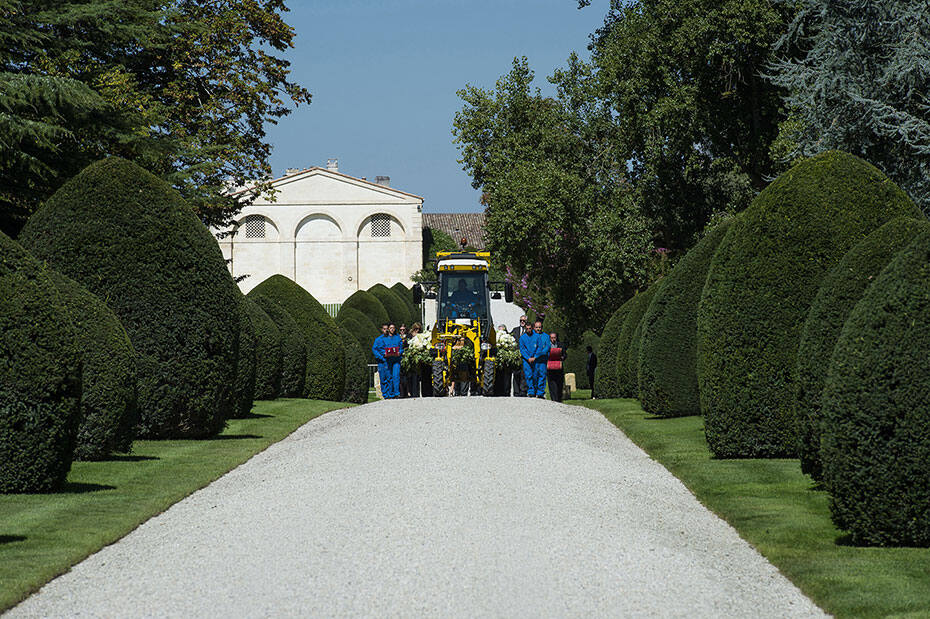