Philippe Sereys de Rothschild, Chairman and CEO of Baron Philippe de Rothschild SA, and his family celebrated the 20th anniversary of Domaine de Baronarques, their Languedoc property. It was also the occasion for the inauguration of the new barrel hall, attended by Jean-Paul Dupré, mayor of Limoux, and Jean Laffont, mayor of Saint-Polycarpe, the village […] 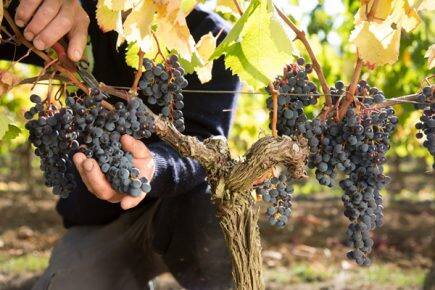 The 2016 harvest at Domaine de Baronarques

The 2016 grape harvest at Domaine de Baronarques took place particularly smoothly. The estate’s clay-limestone soil withstood the drought, while the very fine late-summer weather meant that the grapes could be harvested at perfect maturity. With a crop in excellent health, the Chardonnay was picked between 7 and 22 September and the red-grape varieties between 28 September and […]

Tasting done by Jeb Dunnuck, the journalist specialist in Languedoc-Roussillon wines. The critic Jeb Dunnuck particularly appreciated the Domaine de Baron’arques wines presented to him at a tasting of Languedoc wines in January, writing up excellent tasting notes for them. Domaine de Baronarques 2013 : 91-93 “The 2013 Limoux […] offers serious notes of black […]

Philippine de Rothschild, Chair of the Supervisory Board of Baron Philippe de Rothschild SA, died in Paris on 22 August 2014 at the age of 80 from the effects of a serious operation. After a notable stage career, not least at the Comédie Française, she became a leading figure in the wine world. With her […]